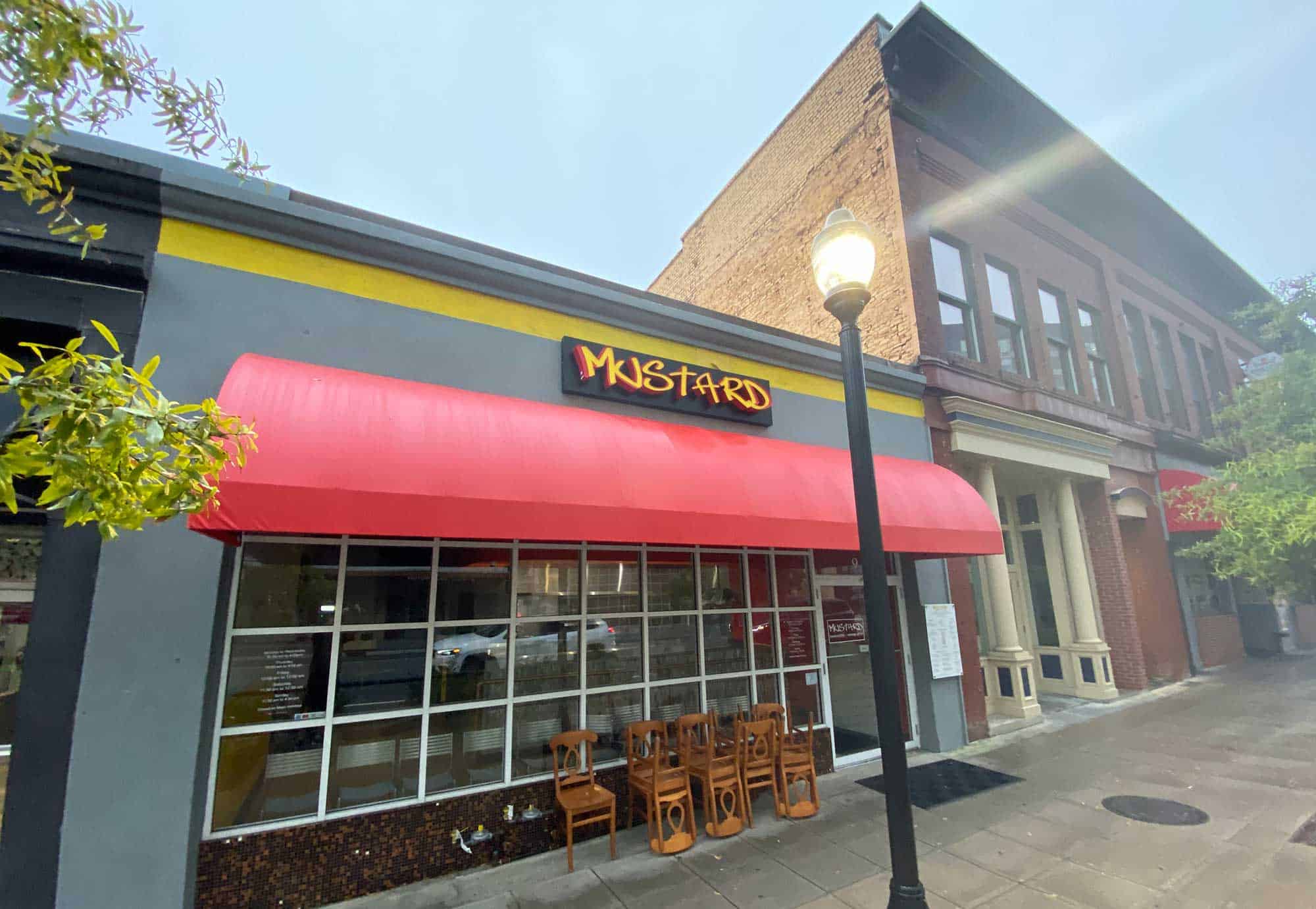 We just happened to be walking downtown and noticed the old Luna Rosa, which has moved to a new location on main street, is now a new restaurant called Mustard. Their website shows an April 2019 Opening date – but we know how often restaurants get delayed waiting on things like DHEC approval. (Update: it’s been reported that the owner injured himself during construction and that has delayed the opening) (Update #2: Several people have reported a for rent sign in the window, signaling the owner might have given up on the project)

The menu is posted out front of the building, but lacks pricing and hours. It sounds like it would be a hit with the late night crowd, and will hopefully be open late when the bars let out.

Interestingly enough, they list a single breakfast item that hints that they may be open as early as 10:00 am. They also don’t list any beverages on the menu, so it will be interesting to see if you’re able to wash down your Bratwurst with a cold beer.

In the meantime, check out your local Lowe’s Foods, they have about 40 flavors of sausages (they rotate out, usually a dozen or so available at any one time) – but you’ll have to cook them yourself. The location at five forks will cook them for you on thursday nights and you can eat at their bar and listen to live music. 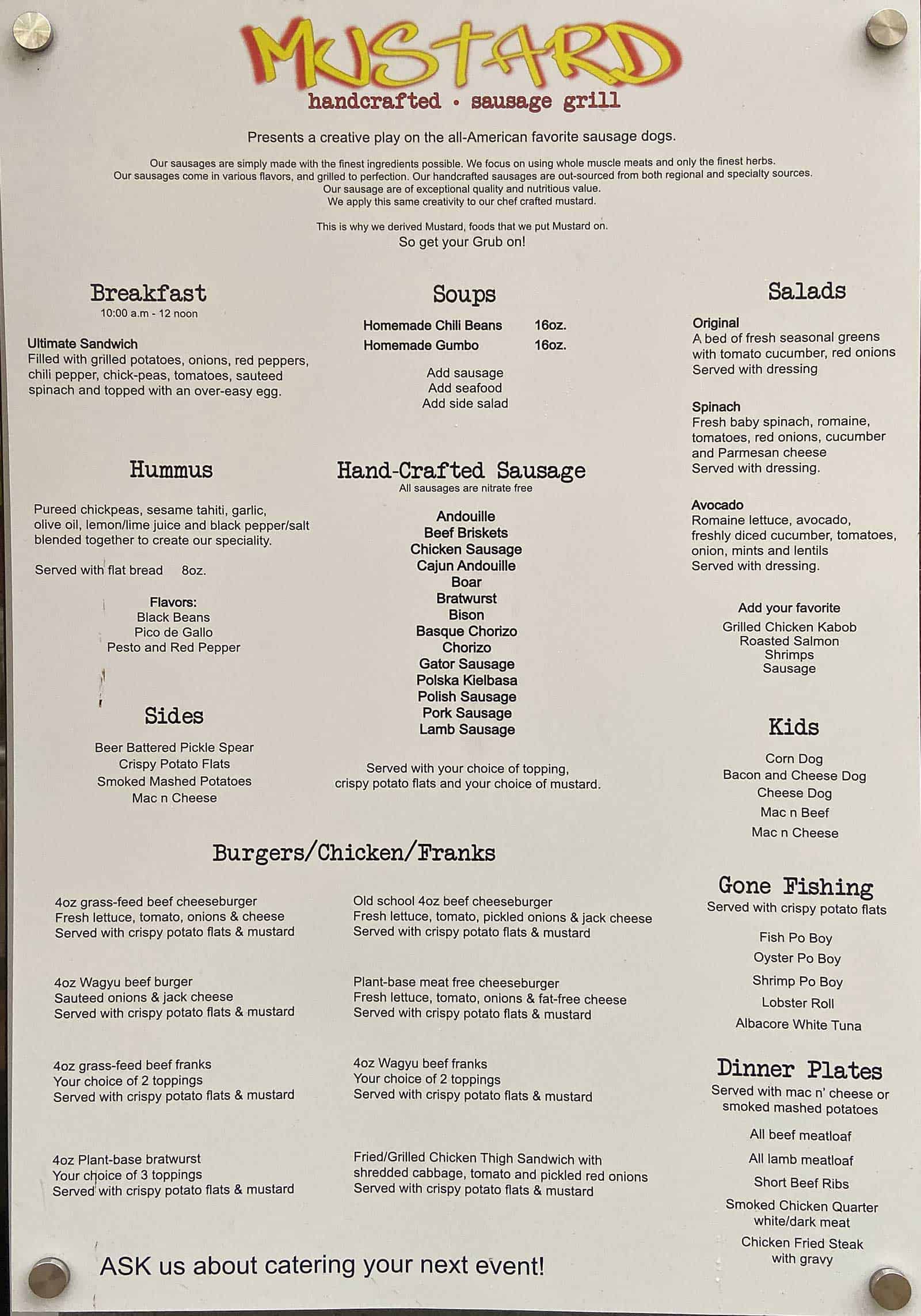