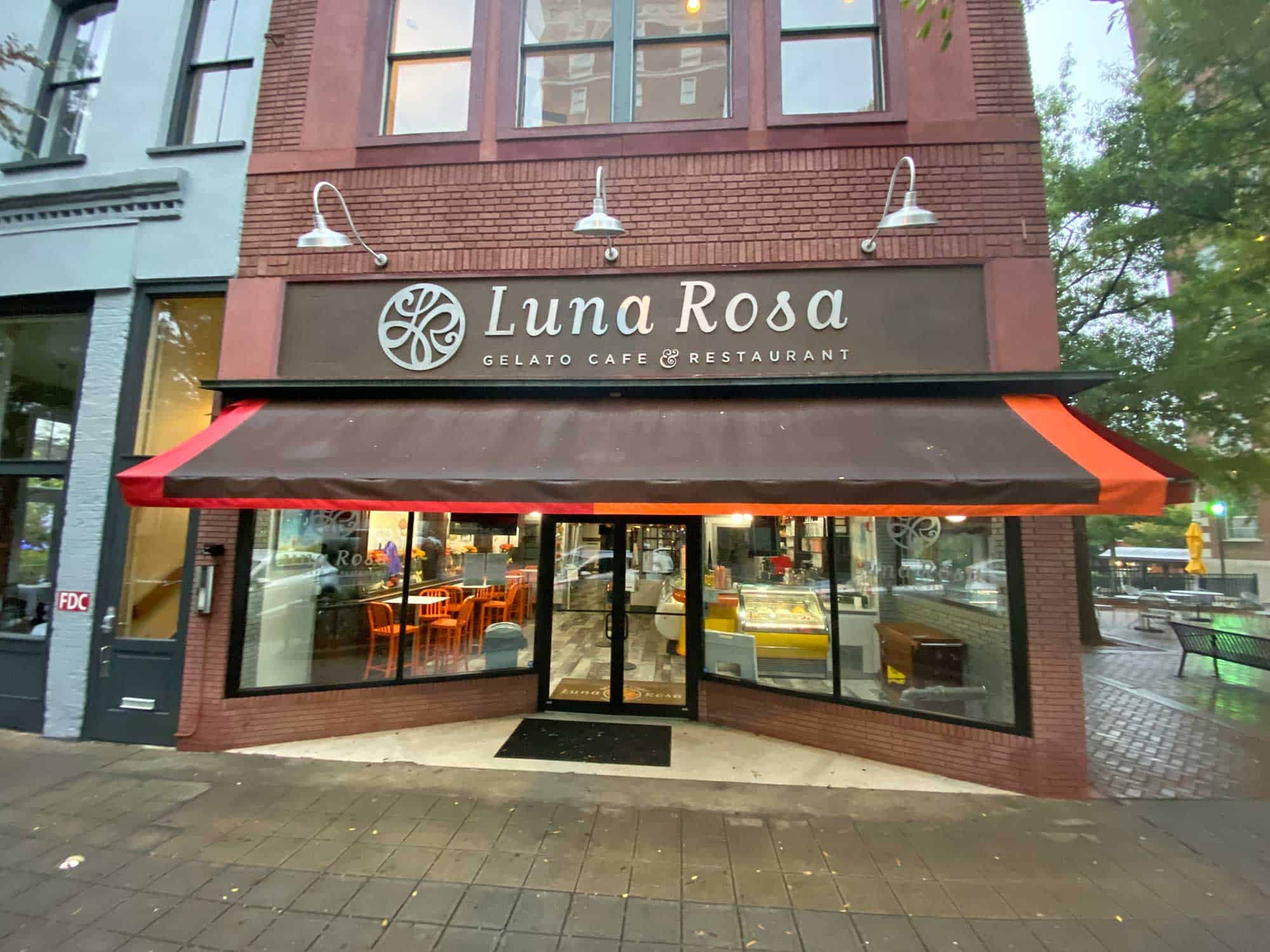 Luna Rosa has moved from it’s previous storefront on West Washington Street (Which is now home to a new Sausage Grill called Mustard) to the site of the old Bertolo’s on Main Street, right across from the iconic Westin Poinsett. The new location affords them more seating – both inside and out, and an expanded menu (we’re sure the new kitchen is much larger than the previous location).

In addition to gelato, you can enjoy a variety of soups, salad, pizzas, paninis, burgers and even pasta and larger entrees at dinner time.

What’s the difference between Gelato and Ice Cream?

Gelato is creamier, silkier and generally smoother than most standard, american ice cream. It’s a bit denser as well. Gelato is made with more milk and less cream than ice cream, and typically doesn’t use egg yolks, which you’d commonly find in ice cream. The other difference is temperature. Gelato is served slightly warmer than ice cream, so your mouth doesn’t become numb, and you can taste all that creamy goodness.

This website is no longer actively maintained and may contain out of date information. Forward inquries to jason@greenvillewebworks.com
Gelateria MenuLunch MenuDinner MenuCocktail Menu