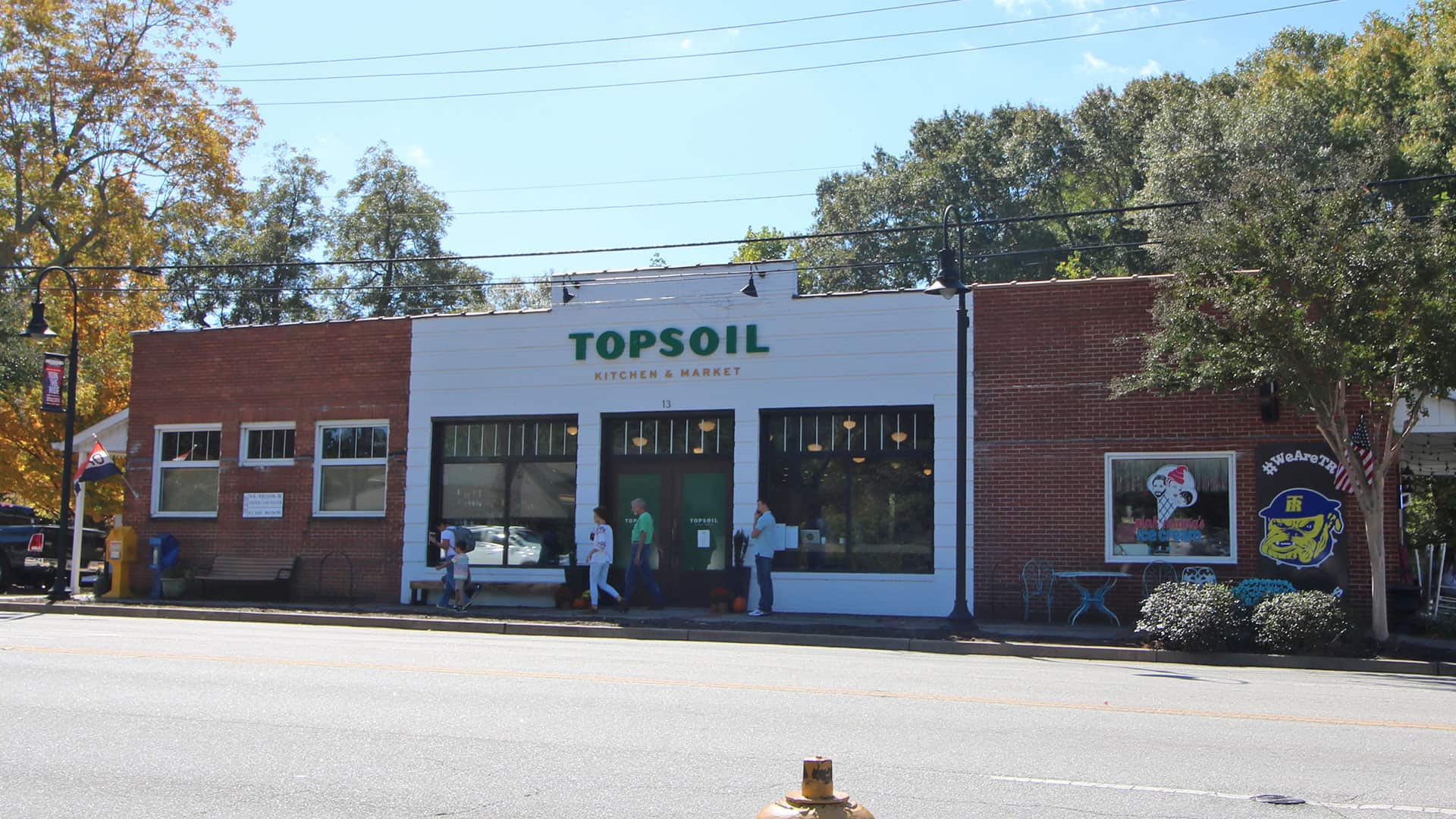 As sad as everyone was to see The Café at Williams Hardware close, the bright side is that a new restaurant and gourmet market opened in its former location.  Topsoil Kitchen & Market opened in mid-September and is a partnership between Chef Adam Cooke, Patrick McInerney of Due South Coffee and the owners of Swamp Rabbit Inn. Cooke, best known for his former role as executive chef at Hotel Domestique’s Restaurant 17, was recognized as one of America’s 40 Best Chefs Under 40 and has been invited to cook at the James Beard House on multiple occasions.

The vision for Topsoil’s menu is to deliver personal, comfortable and approachable dishes that rely on the immediate area for sourcing. They want to serve delicious, healthy, “feel good” food that remains true to the historic roots of the building. Although the entire menu won’t be exclusively plant-based, fresh fruits and veggies will be the star of the show!

Freshly baked bread will also be a highlight of the restaurant. The market will feature largely old-world style bread and artisan-style loaves that are naturally leavened and hand-formed.