Another popular Asheville restaurant, Rocky’s Hot Chicken is bringing the heat to Greenville’s Lauren Road.  Due to its popularity, Rocky’s has been featured everywhere from Southern Living, Garden & Gun, Huffington Post, and even the Travel Channel.

The restaurant will be almost directly across from Willy Taco at 420 Laurens Road.  Because the building will be undergoing redevelopment, Rocky’s won’t be opening until next year.  There is a freestanding sign already out in front of the building with the concept design, which was designed by LMG Architects of Greenville. 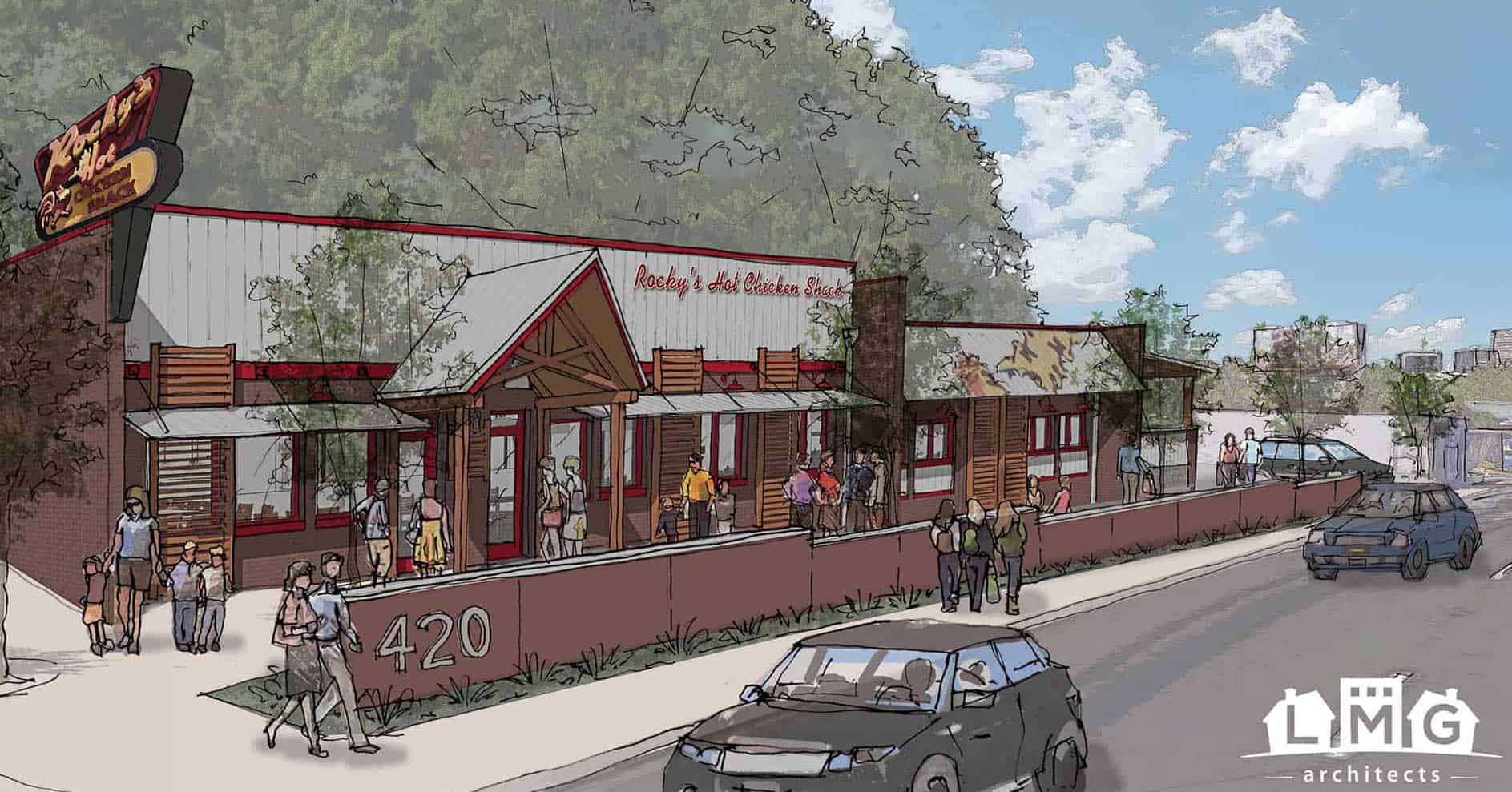 Design and Rendering by LMG Architects

The existing building is vacant – and quite frankly – an eyesore.

The chickens Rocky’s uses are sourced from farms in Mississippi, Georgia, and North Carolina and from farmers who are willing to be patient and fatten their birds up to whopping seven or eight pounds before selling them.  All of Rock’ys hot chicken just starts as just really good fried chicken.  From there, you can choose the flavor and amount of heat you dare to eat.  Honey Mild is the most popular flavor as it balances the heat with the sweetness of honey.  The brave may choose to punch up the spice and opt for Rock’s Hot, which is described as an extreme flavor experience or Extra Hot, with ghost chili in it.

Legend has it, they used to sell an Extra Extra Hot but had to discontinue the flavor because people were hurting themselves. 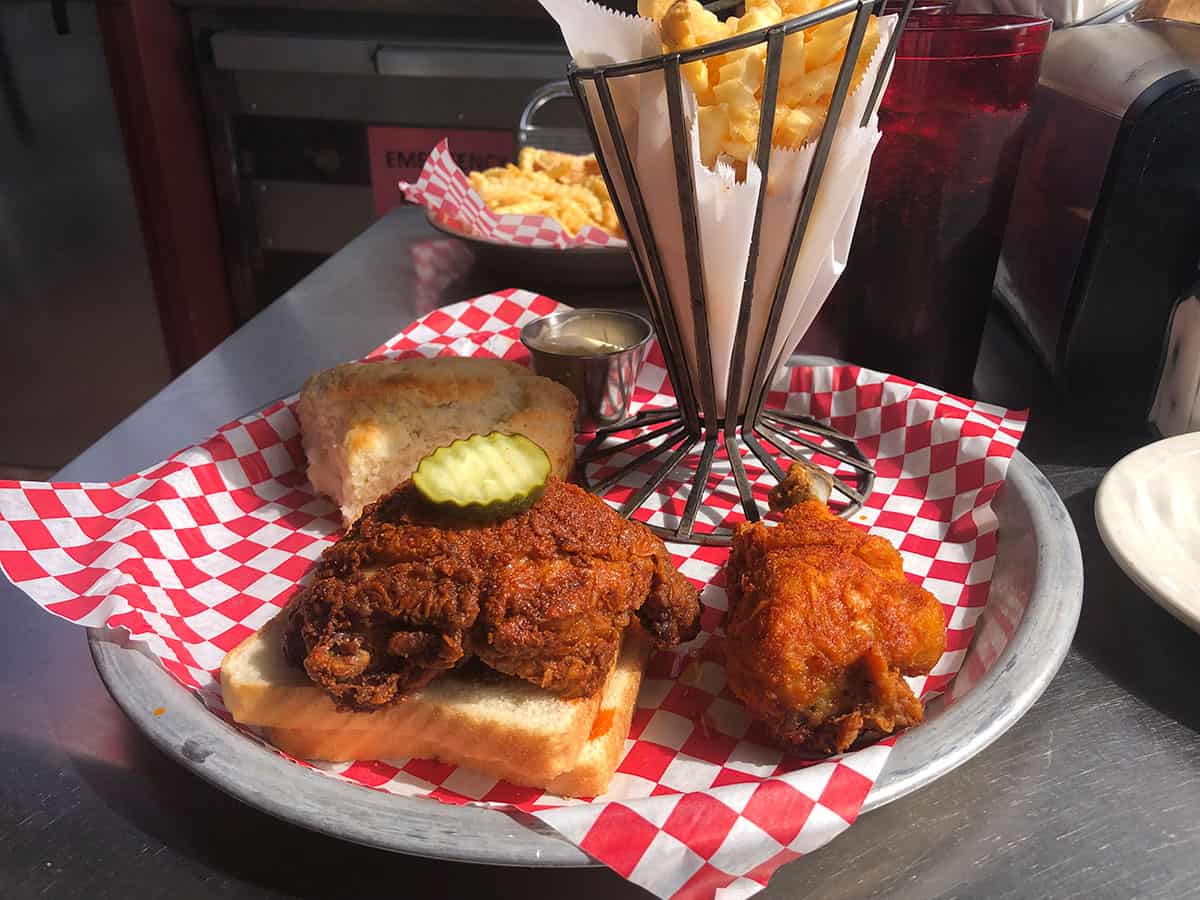 We were in Asheville earlier this year and got to try it out. The chicken was incredibly juicy on the inside and perfectly crispy on the outside.

This website is no longer actively maintained and may contain out of date information. Forward inquries to jason@greenvillewebworks.com
View Menu